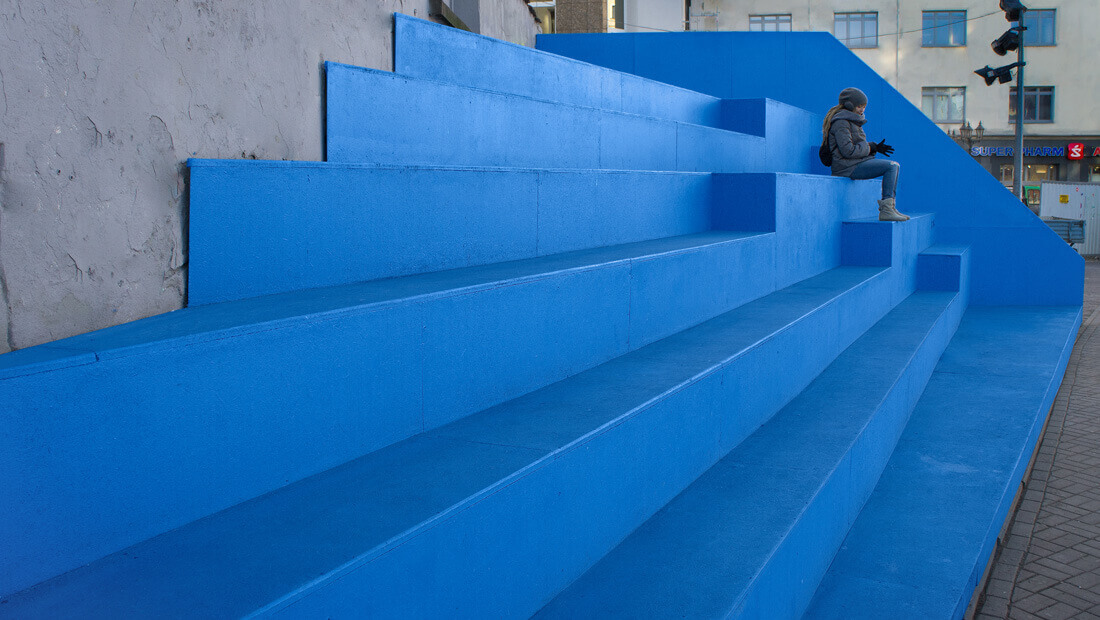 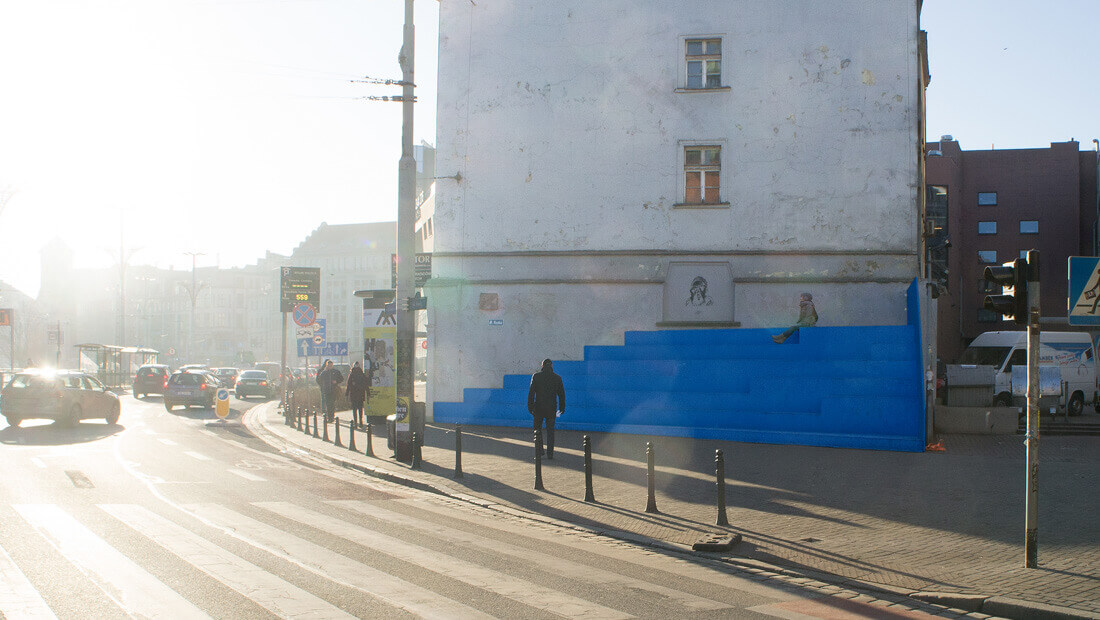 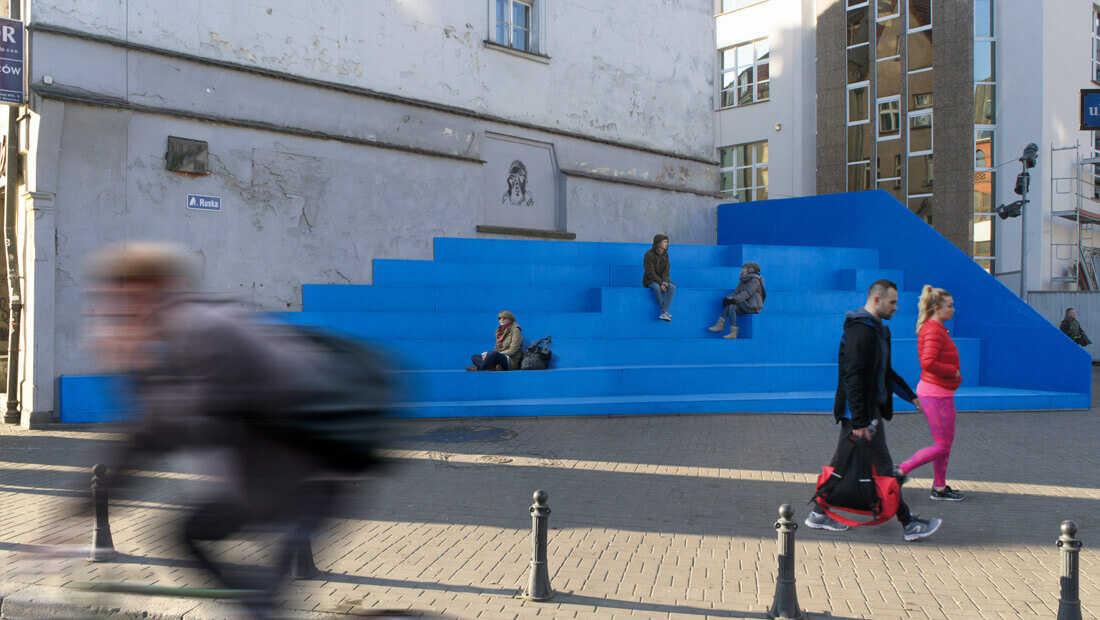 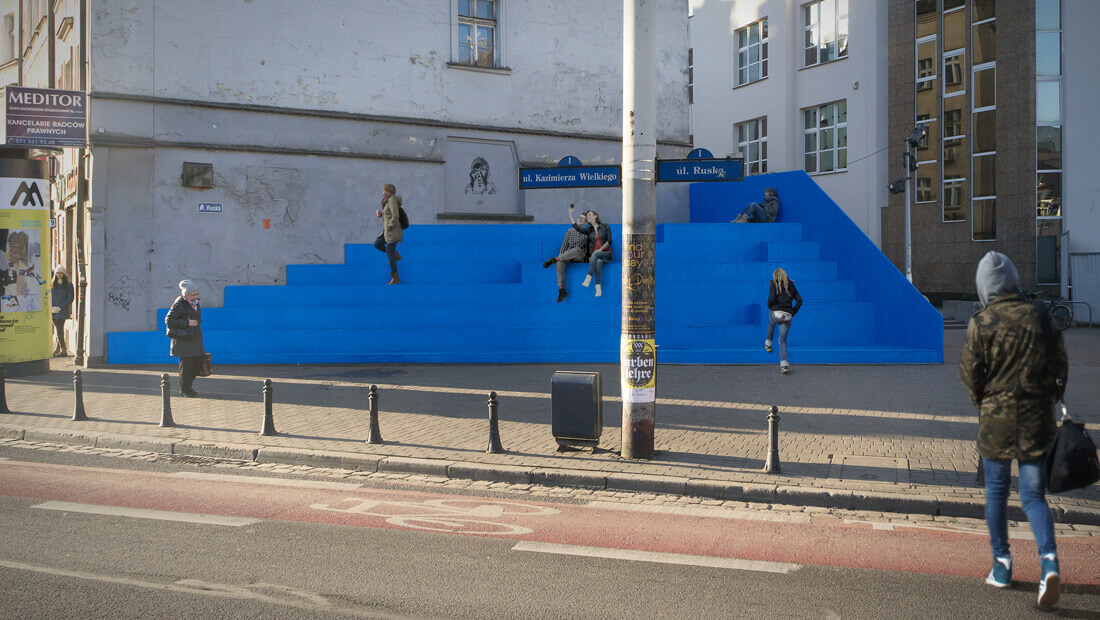 “Waiting Space” is one of a series of projects “CITY PATCH”- land-use concepts for empty, neglected, places for witch the city or the owner has no idea/money.

The most important part of this project was it’s location. Cross-road of the streets: Kazimierza Wielkiego and Ruska is a place usually crowded, not offering anything beyond the road and pedestrian walkway. At the same time, however, it is the antechamber to the student part of the city, which is Pasaż Niepolda and Helios cinema, located just around the corner. There is no place to sit and wait for meetings or a tram. The corner house is finished with a blank wall. When the structure was being built there was a plan, made by city for this place, but as long-term investment, with no deadline determined.
Realization of Waiting Space exosed problems of a location, previously hidden in the shade of neglected lawn. It brought a lot of discussion and controversy. Finally, after it’s dismantling, the surface was repaired and arranged, what perfectly fits to the idea of City Patch.
Project was realized as a part of DOFA fesival and ESK